The second day in Amarillo, we were up early.  Natasha had slept in a fold away cot that folded up on her all night and she was more than ready to be done with that!

We had made it out of the bad weather areas and now the world was our oyster.  We could go anywhere we wanted as long as we headed west.  Unfortunately, we didn’t realize at the time that there are some routes to Phoenix that are far more scenic than others. 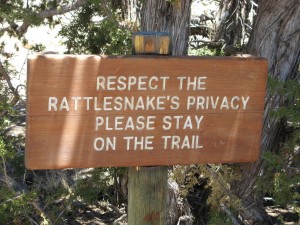 Heading west from Amarillo, we made our way into Socorro via Mountainaire – visiting the the Salinas Pueblo Missions National Monument on the way.  While we toured the mission site, we were spotted an unusual warning sign. 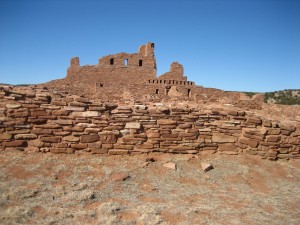 The pueblo mission site itself was fascinating, as was the little town of Mountainaire.

The real gem of the day, however, was after we’d left the Rio Grande valley out of Socorro and headed into the high desert to to west.

We arrived at the Very Large Array.

For those of you not in the 3-2-1 Contact crowd, let me take a moment to explain.  The Very Large Array a set of 27 radio antennas, each 82 feet in diameter, set in a Y pattern in the desert.  They are used all at the same time to create what is effectively the largest telescope in THE UNIVERSE!

No, seriously, the VLA is pretty cool.  At least, the VLA looked really cool on 3-2-1 Contact in 1986.  When you’re there, in person, it lacks some of the spectacular grandeur that Trini was able to give it on TV. 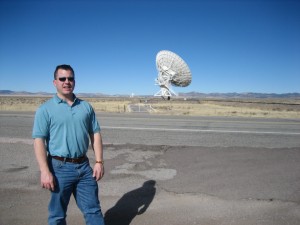 The Very Large Array, as seen in real life 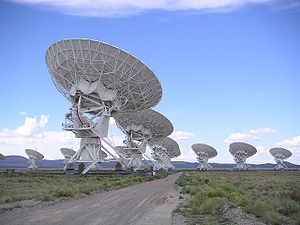 The Very Large Array, as seen on TV